On the path of Louis Braille

Leave the house where Louis Braille was born on your left and take Rue Braille, then Chemin du Château-Gaillard, to the Route de Chalifert intersection. There, turn left towards the old cemetery. You are now at the top end of Coupvray. 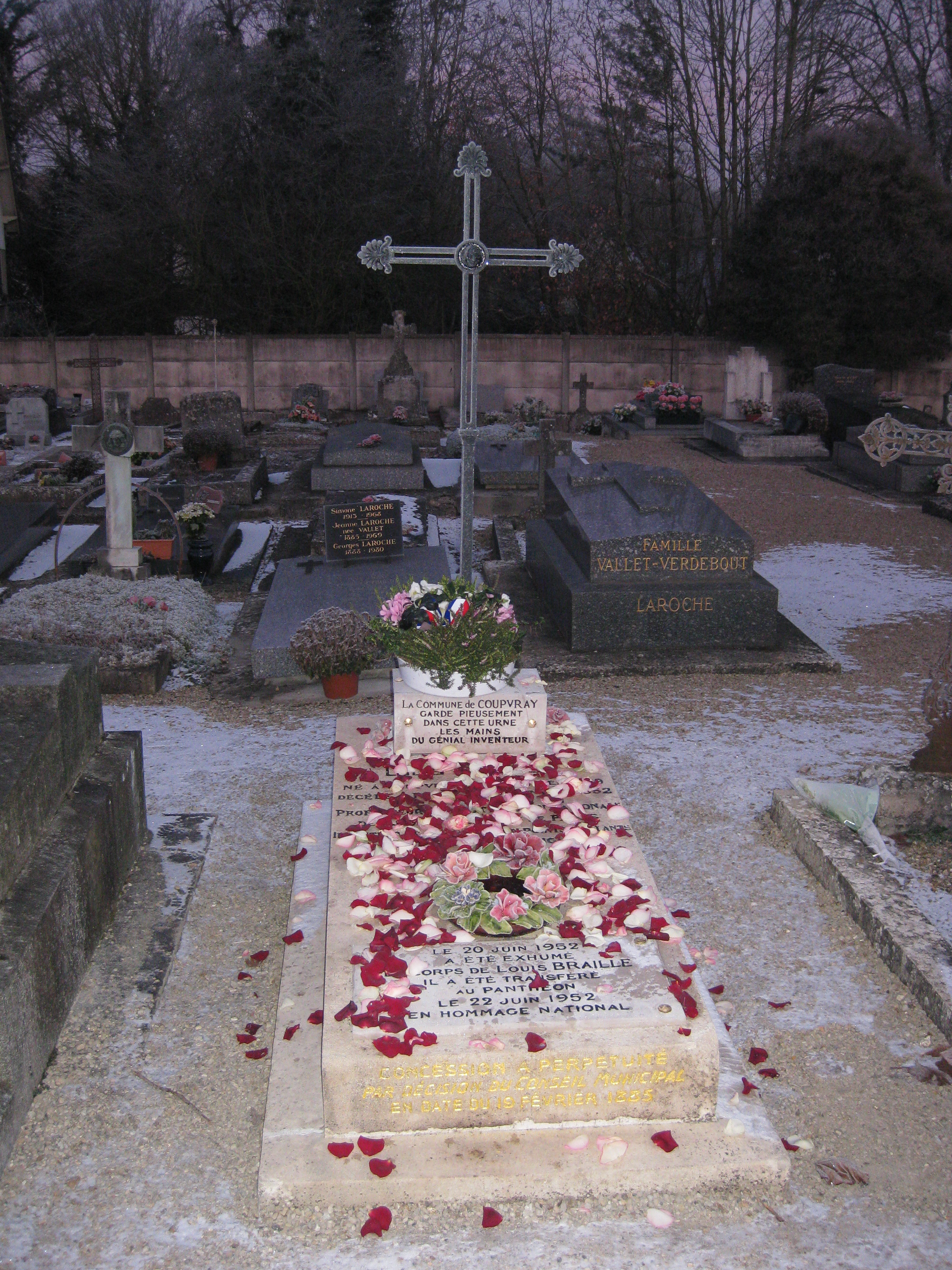 By a decision of the town council dated 15 February 1885, it was granted in perpetuity, as recorded in the municipal archives:

"The mayor informed the council that Braille, the inventor of the embossed system for educating the blind, was buried in a mass grave."
"The City Council, after deliberation, considering that it is fitting to perpetuate the memory of this great man, unanimously decrees that the land where his mortal remains lie shall be used solely for the burial of this famous man and that no other burial may be done there."

.The municipality had a marble mason from Lagny install a tombstone and an iron cross with a weeping woman's head in the middle.
On the tomb, the mayor had the following words engraved:

Louis Braille, born in Coupvray on 4 January 1809, died in Paris on 6 January 1852
Professor at the National Institute for Blind Youth in Paris, Inventor of raised point writing for the blind.

One hundred years later, on 18 December 1952, a new bill was enacted requesting the transfer of Louis Braille's ashes to the Panthéon. On 18 June 1952, his body was exhumed. At the request of the Town Council, Coupvray kept his hands as relics in a small sealed urn with an engraving that says:
“The commune of Coupvray devoutly preserves in this urn the hands of the genius inventor.”

Another plaque affixed by the State states:
"On 20 June 1952, the body of Louis Braille was exhumed.
It was reburied in the Panthéon on 22 June 1952 as a national tribute."

On leaving the cemetery, go towards the town hall and church in the town center.
Walk past the large farmhouses that surround the old Trinitarian convent, and past the big wall on your right that covers the late 16th century Rohan Castle.
The bust of Louis Braille is in the Parc de l'Harmonie.

Installed in 1887 thanks to international support, this memorial was made by the sculptor Etienne Leroux.

The statue comprises a bust and a bas-relief that were cast in the Siot-Decauville’s foundries.

3.20 m high, with a white stone base, it features Louis Braille wearing the INJA (National Institute for Blind Youth) uniform. The artist is said to have drawn inspiration from Louis Braille's death mask to depict him.

The inscription on the front of the monument says:
"To Braille, the grateful blind.
Monument erected with charitable donations in memory of Louis Braille born in Coupvray on 4 January 1809."

A Braille alphabet with its complete transcription of the black alphabet is also inscribed on a plate behind the monument.
Now walk along the small square and the wash house called Lavoir des Médisances (“the Gossips' Wash House”), and head towards the church. 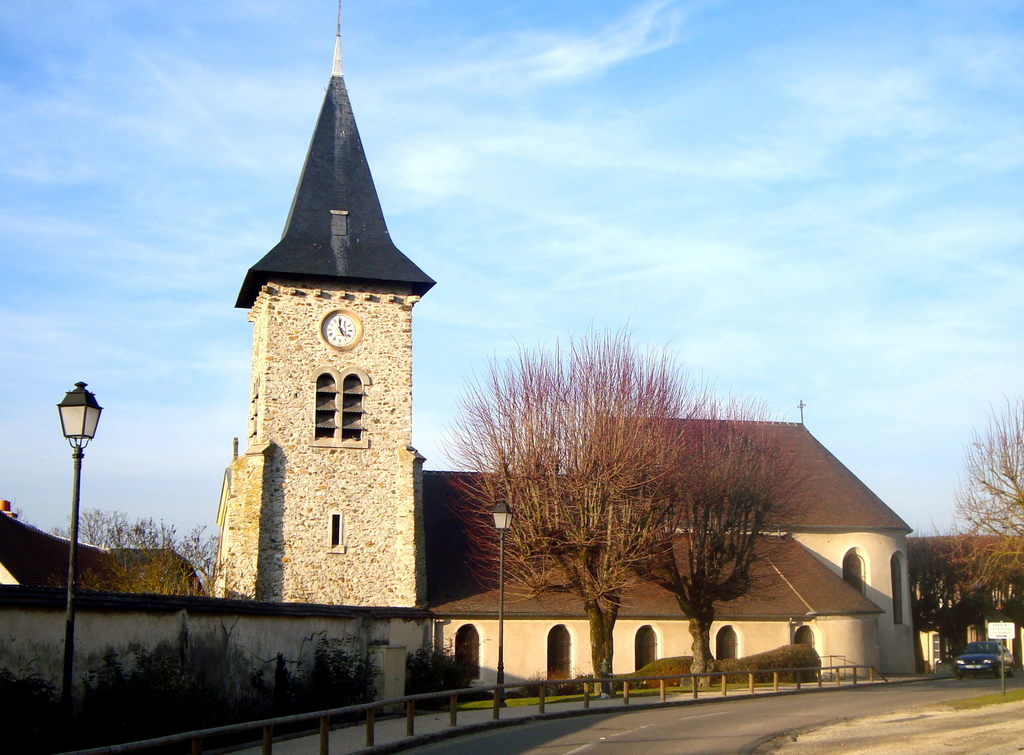 Coupvray’s church of Saint-Pierre is located in the village square, opposite the town hall. This is where Louis Braille was christened on 6 January 1809 (the baptismal font can still be seen) and is where this genius was given final honors before his transfer to the Panthéon in Paris.

Inside, the church’s wooden choir stalls and an 18th century pew that depicts Saint Peter’s denial have just been restored.

On leaving the church, take the path of small bridges on the left, and turn right when you reach the end. You will come to Rue du Moulin, where there’s another wash-house, before returning to the museum.