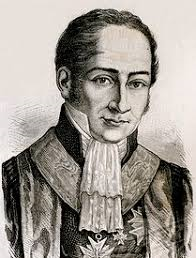 A former soldier, Nicolas-Marie-Charles Barbier de la Serre, invented the use of raised dots for writing which Louis Braille later used for his alphabet. Although Charles Barbier is relatively unknown to the general public, he was a key figure in history and in Louis Braille’s destiny.

Nicolas-Marie-Charles Barbier de la Serre, was born in Valenciennes on 18 May 1767. He began an active military career in 1784, eventually becoming an artillery captain. He left the army in 1792, and moved to the United States. He did not return to France until the beginning of the 19th century. 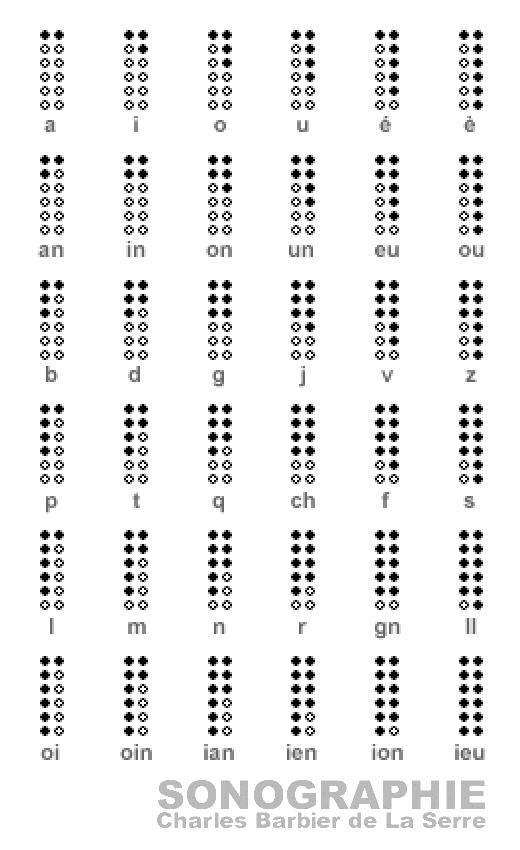 Interested in a means of coding and reading instructions by touch, he published various publications starting in 1808, in which he presented different writing systems.

He proposed one of these systems, called “Écriture Nocturne” (Night Writing) or Sonography, to the director of the Royal Institute for Blind Youth in 1821, when Louis Braille was a pupil and boarder there.

The code transcribed phonetic sounds (hence the term Sonography) with raised dots on a two-column grid of six dots and readable by touch. This ingenious system, however, did not include spelling, grammar, punctuation, or numbers. This was in keeping with Barbier's desire for simplicity, as expressed in an article where he explained his writing system: "Useful things can never be too simple".

Presented in 1815 in a booklet titled An Essay on Various French Expediting Processes (Essai sur divers procédés d'expéditive française), the system was originally designed for blind people. Later, it was also used by diplomats and military personnel for discreet night-time communication (hence its alternative name of night-time writing or “Écriture Nocturne”).

Raised dots, the basis of Braille

Louis Braille was only 12 years old when he discovered Charles Barbier de la Serre’s system. He was immediately convinced by its protruding marks, which were easier to read and write than the relief writing used until then (invented by Valentin Haüy), known as black writing (like standard writing printed in ink). But he dismissed the sonographic principle, which, in his opinion, did not obey French language rules. He also felt that such a system would give blind people no more than limited access to knowledge and learning.

Louis Braille therefore redesigned Charles Barbier de la Serre's system and, from the ages of 12 to 16, enhanced it in order to improve accessibility.

It is usually written that Nicolas-Marie-Charles Barbier de la Serre held this alteration against Louis Braille. But in reality, he was never opposed to it. Proof of this can be found in a note from Captain Barbier, which he wrote in 1833, after having asked François-René Pignier, director of the Royal Institution for the Young Blind at the time, for a copy of Louis Braille's process: "The author whom I do not know has rightfully earned my esteem by working for the well-being of his companions in misfortune". Shortly afterwards, he wrote to Louis Braille to congratulate him, but also expressed regret about him not using a phonetic system like he recommended.