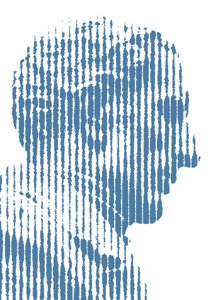 Louis Braille was born in Coupvray on 4 January 1809. The youngest of a family of four children, he was blinded in an accident when he was three years old. But Louis was fortunate to have an education, first at the village school, and then, from the ages of 10 to 18, at the Royal Institute for Blind Youth in Paris, founded 34 years before by Valentin Haüy.

Teaching in this school was done with the system invented by Valentin Haüy: the books had black letters (the letters of the printed script used by sighted people) but in relief. They were however very difficult to read by touch, because they were very close together. Moreover, the pupils could not write, because it required a printing press, with paper needing to be dipped in water before being put on the press and then dried.

When he was 12 years old, Louis Braille tested the system conceived by Charles Barbier de la Serre together with the other pupils, although it hadn’t been adopted in their school. The black writing in raised form, the one created by Valentin Haüy, was still the only one used, despite being too unclear and complicated for children. 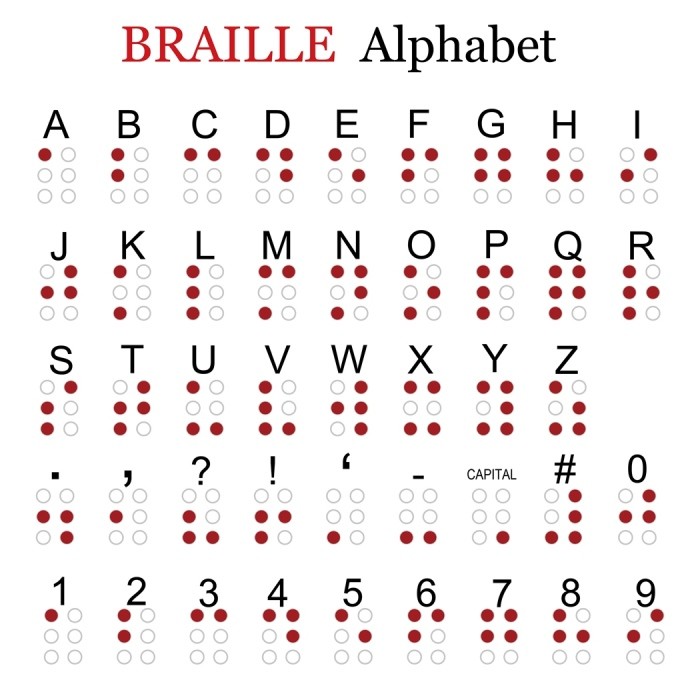 Louis Braille quickly became enthusiastic about Charles Barbier de la Serre's system, which could easily be read and written, and only needed a simple board and a stamp that could fit in a pocket. However, he thought it had its limitations because it only transcribed phonetics. That is why, aged 12-16, he worked on improving its principles. Since he was very busy at school, he mostly spent time doing this in the evenings, at night, and during his holidays in Coupvray.

The first thing Braille did was reduce the number of raised dots from twelve to six, so that they all fit under the index finger and were easier and quicker to read. With this as a basis, he created a complete alphabet, including punctuation, numerical signs, and digits. This was a key distinction from Barbier's phonetic system, somewhat comparable to modern text messages. And because Louis Braille loved music, played the piano and the cello himself, and excelled at the organ, he adapted his system for music at the age of 19, when he incorporated music scores into his system (Braille music).

He explained his method in his book Method for Writing Words, Music and Plain Song by Means of Dots for the Use of the Blind (Procédé pour écrire les paroles, la musique et le plain-chant au moyen de points à l’usage des aveugles). It was published twice: in 1829 and 1837.