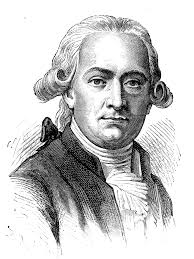 The period - in the 18th century and the Age of Enlightenment - was beginning to show interest in the education of people with disabilities.

Whereas the Abbé de l'Epée worked for the education of deaf people, Valentin Haüy was one of the first to care about the plight of the blind and to dedicate himself to their integration into French society.

Born on 13 November 1745 in Saint-Just-en-Chaussée, in the French Oise department, the weaver's son was a scholar of letters. Proficient in a dozen languages, plus Latin, Greek, and Hebrew, he was an associate professor at the Bureau Académique d'Écriture academic association and the King's interpreter.

An event in 1771 sparked his determination to champion the social and cultural inclusion of the blind and visually impaired. This was when he saw a spectacle of young blind people at the Saint Ovid's Fair. They were dressed in ridiculous costumes, told to play music and overcome obstacles, and were taunted in order to make the audience laugh. Deeply shocked by what he saw, Haüy decided to do something about it and restore their dignity by teaching them to read and write.

Having noticed how sensitive blind people are to touch, Valentin Haüy concluded that it would be possible for them to recognize embossed letters from the standard Latin alphabet by touch. He therefore had an alphabet made with larger letters and used it to emboss cardstock paper. He first tested this method with a young blind beggar, François Lesueur, whose education had been entrusted to him by the recently created Société Philanthropique. He very quickly learned to read, compose sentences, and master spelling.

Invigorated by his innovative process, Valentin Haüy founded the first Institute for Blind Children (Institution des Enfants-aveugles) in 1785, which was the first school for blind children that was free of charge. It was financed by the Société Philanthropique until 1791, when the institution was nationalized and became the Institute for Blind Youth (Institution nationale des jeunes aveugles, INJA). The school educated the pupils with a standard curriculum and also taught them manual work. Thanks to the school's ingenious method, its young blind students learned the basics of spelling and arithmetic. 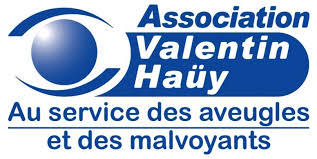 30 years of commitment to serving the blind and visually impaired

In 1786, under the sponsorship of the Académie des Sciences, Valentin Haüy published an essay on the education of the blind, entirely written in embossed characters, with annexed examples of printed work by his pupils at the Institute.

But this moment of triumph didn't last. In 1802, Valentin Haüy had to resign as the head of the establishment, which had meanwhile been affiliated to the Hospice des Quinze-Vingts.

He then founded a private school, the Museum of the Blind (Musée des Aveugles), before leaving for Russia where he founded the country's first school for blind children, which he ran for 11 years. When he returned to Paris, the Institution he had created gave him a grand homage in 1821.

He died on March 19, 1822, after more than thirty years completely devoted to the welfare of the blind and visually impaired.