Did you know? Louis Braille is best known for his alphabet, a major breakthrough, but he also made other significant inventions, on his own or with other inventors.

The Braille alphabet: Louis Braille invented a reading and writing system for the blind based on the combination of one to six raised dots, thus improving Charles Barbier de la Serre's principles. He adapted his system for music at the age of 19, and explained his method in two publications, in 1829 and 1837. Gradually adapted for all languages, his system is now used around the world. 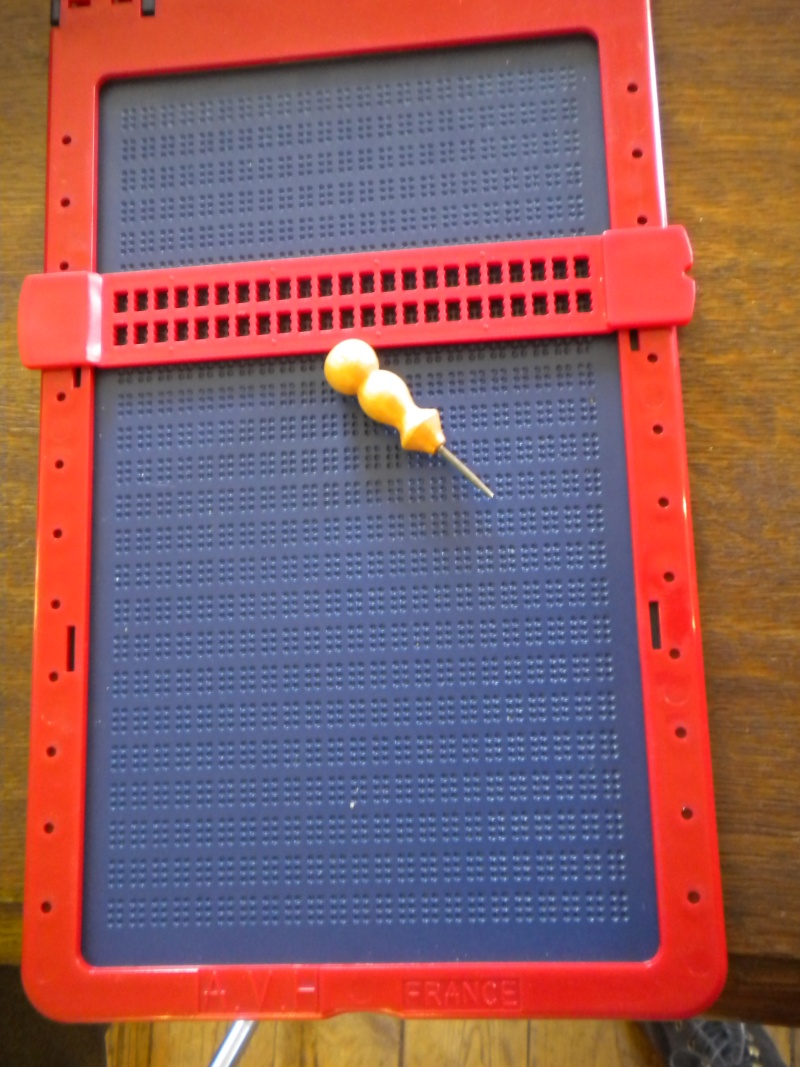 Suitable correspondence for sighted people: While the use of the Braille alphabet was extremely practical and accommodating for blind people, it didn't let sighted people write and communicate with them. Louis Braille therefore devised a second system for them, which was used until about the middle of the 20th century. Here is the principle: he first created a printing plate assisted by Binet, a pupil at the Institute. Made of soft leather, it was covered with a frame with horizontal crossbars. Pressed between these same bars, the characters appeared in relief on the paper. Louis Braille considered the process imperfect, but thought it might be "preferred by sighted people who, without any preliminary training, would want to write to the blind and be read by them."

Decapoint: This system was designed to let blind people write to sighted people, by making black characters with raised dots on paper. This writing process involves a tablet similar to standard Braille tablets, but with narrower lines obtained by means of a grid giving ten points in height. This process, having the advantage of producing well-defined letters, was used until the 1930s and beyond, even though it was no longer taught. 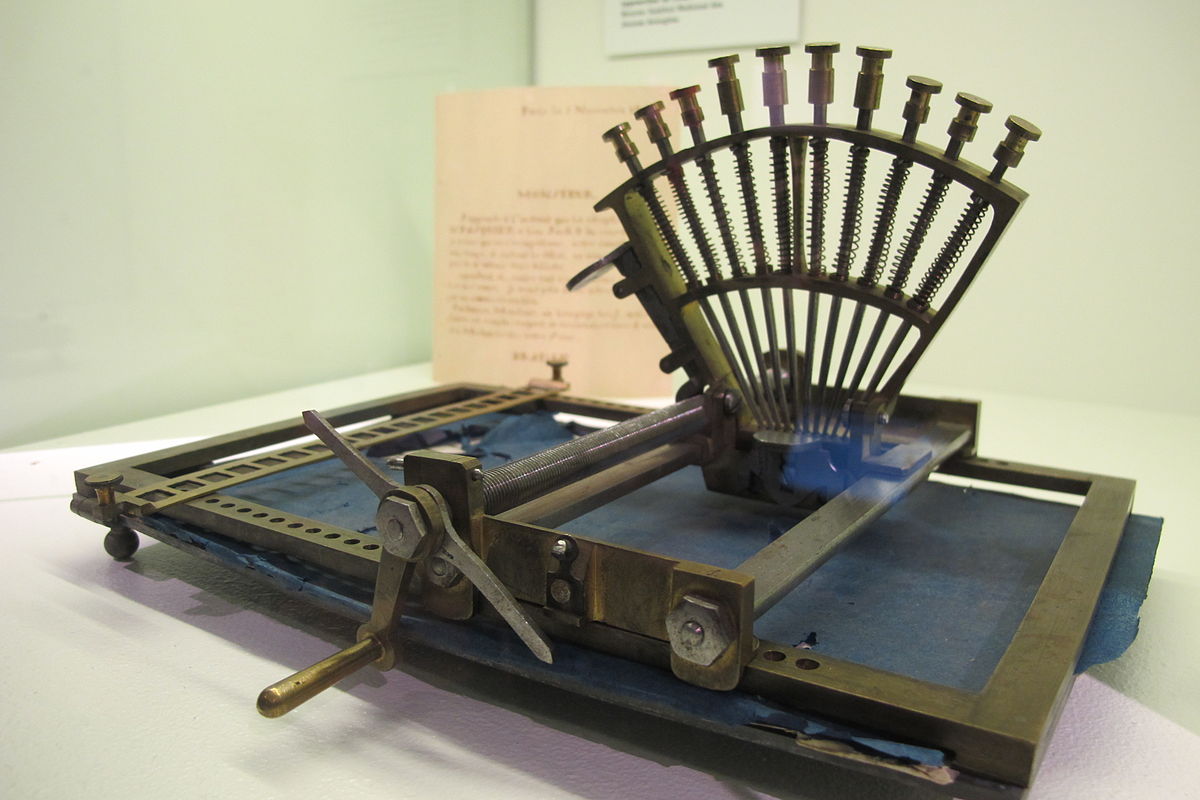 Raphigraphy: Another blind man, Pierre François Victor Foucault, mechanized the Decapoint system, later called Raphigraphy, and created the Raphigraph. This machine had a vertical keyboard with ten keys, allowing a column of ten dots to be printed using carbon paper. By moving the keyboard forward several times, all letters, numbers, and punctuation could be made.

Louis Braille liked this machine, which he used and even made known abroad, as can be seen from a letter archived in Bruges. It gave him the idea for his last invention: a Raphigraph designed to write music that was also readable for sighted people. Three successive models were made and improved each time. Unfortunately, he tested it shortly before his death, and the idea, despite its promising results, was never pursued.